This tweet by Carlos Whittaker has been retweeted by a few of my Internet friends:

"Quiet Time" may be the biggest lie my generation deals w/from youth ministry. I don't connect w/God like a monk.More like a mariachi #Party

I’m not quite sure what he means by “lie,” though this subsequent tweet by Alan Jacobs certainly seems to be relevant here.

Something that seems to have become epidemic recently: saying everyone you disagree with is “LYING.”

It’s strange that Whittaker equates 15 minutes of reading and praying with being “like a monk,” and even stranger that he thinks that quiet time is mutually exclusive with encountering God through a party. I see assumptions like these a lot, and I’ve decided to call it ASATS – All the Same, All the Time Syndrome.

ASATS is one of the reasons why my wife and I have stepped away from the dominant “contemporary” worship style of evangelical churches and sought out churches that use historically rooted liturgies. In contemporary worship, it’s always a party. We visited a church recently that used a countdown clock to mark the exact moment when worship would begin. At 0:00, the drummer immediately launched into an uptempo rock beat. Within moments, it was as loud as a rock concert. The music remained within a few decibels of the same volume up until the moment the sermon began. Even the announcements and welcome message were given over loud background vamping. Though this was only one Sunday, I bet that most Sundays are exactly the same. No one programs a worship countdown clock on the spur of the moment.

Ebb and Flow of Life 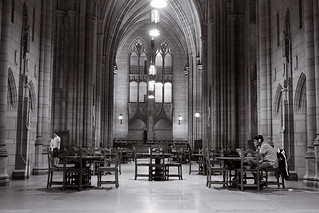 Have you ever known someone who parties all the time? I used to work with a woman who partied most nights of the week. The next day, she would arrive late, hung over, and take until lunch before she could have a decent conversation. Over time, her condition deteriorated, and she was finally let go from the company for chronic tardiness and absences. She partied every night, and every day was a disaster.

As human beings, we’re not designed to be all the same, all the time. We’re designed to party with friends, but those parties are supposed to special occasions that we build up to and then have time to recover afterwards. We’re not supposed to be quiet and introspective all the time, either, but that’s not the pressure placed on us by our current culture.

My wife and I have turned to liturgical churches, in part, because the traditional liturgy and church year better reflect the ebb and flow of human life and emotion. Done well, each service includes a mix of quieter, more reflective moments and energetic, more outoing ones. Over the course of the year, the church community moves week-by-week through seasons that loosely match the seasons of the year and which make space for the grand parties of Easter and Christmas.

Have you ever thrown a really huge party? It takes weeks, sometimes months or years, of planning and preparation. The largest parties even require a couple of days to clean up afterwards and let the partiers sleep over the aftereffects. If you’re partying all the time, you can never have a truly magnificent party, because you never make space in your life to prepare for an out-of-the-ordinary celebration.

In the Gospels, we see Jesus modeling both quiet times and parties. Sometimes, they even stack on top of each other, as during the Feeding of the Five Thousand, when a private retreat with the disciples turns into a massive potluck. Jesus repeatedly withdraws to pray alone or spend time with just a few friends, then engages with a crowd while attending or even throwing a party.

We need quiet time and party time. Some of us need more of one than the other, and we’ll likely need more quiet or more partying at different points in our lives. We don’t need All the Same, All the Time Syndrome.

1 thought on “Avoiding “All the Same, All the Time” Syndrome”