Review my design and development skills on LinkedIn or Treehouse. For a selection of my published writing, visit my writing page. 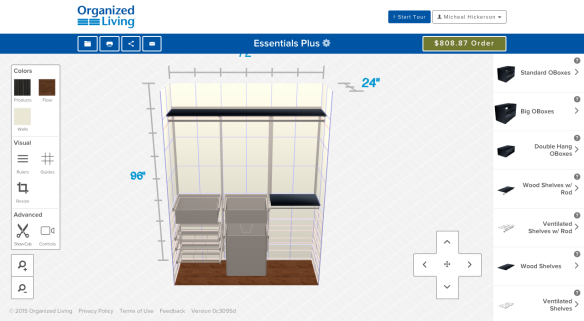 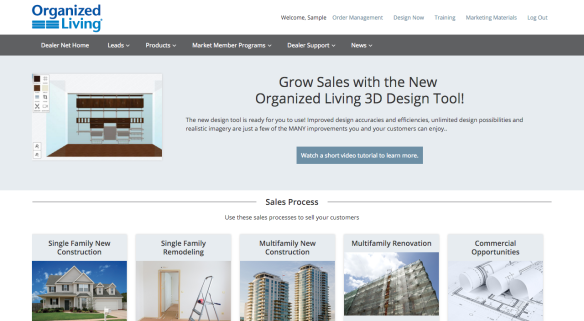 To equip dealers with the tools and resources they need to grow their businesses, Organized Living redesigned its dealer extranet under my leadership. I brought together the company’s leadership, marketing teams, and developers to create a password-protected site where storage and organization dealers could download leads, marketing materials, product specs, and other resources.

The Emerging Scholars Network had a national membership, but it needed an easier way to provide educational resources to its members and build connections between them. I developed the Emerging Scholars Blog in order to provide content to ESN members, as well as provide a place for online community to develop. In this case, the organization had a limited budget and needed a blog quickly, so I installed a premium WordPress theme with custom CSS. 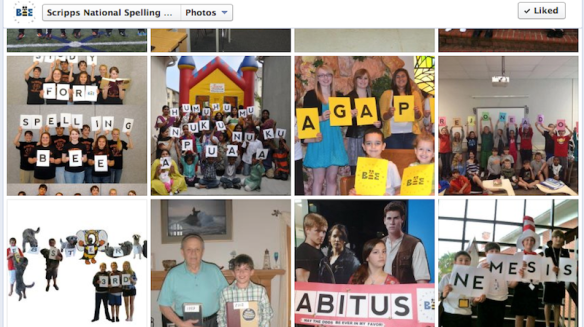 To build excitement for the 2012 Scripps National Spelling Bee, I created a Facebook campaign to help fans of the Bee get to know the 2012 spellers. I emailed a PDF of the alphabet to all 2012 competitors, asking them to spell something with their friends and family — their favorite word, the name of their hometown, a special message — so that we could share it on Facebook. In addition, I coordinated with Scripps’ digital department and an outside social media firm to create several Facebook ads and targeted promotions during the months leading to the Bee. The results: significantly increased engagement during the pre-Spelling Bee timeframe and a 75% increase in the number of Facebook fans. Partly due to the increased social media presence, the 2012 Bee was the highest-rated spelling bee ever broadcast on ESPN.

I oversaw the creation of the official program guide of the 2012 Scripps National Spelling Bee, including managing a freelance designer to produce the visual design and collaborating with internal staff to develop the content. Content was created and styled using InDesign, using IDML to maintain consistency between the designer and my content. Biographical information for spelling bee competitors was generated using merged CSV data provided by competitors.

The business school division of InterVarsity Christian Fellowship/USA was launching a new website and migrating its online content to Drupal, but no one on its staff had web design or web development experience. I served as project manager for the website redesign, acting as a liaison between the program staff, graphic designer, and web developer. I also developed the content structure for the new site in Drupal and oversaw the migration of the site’s content.

The Scripps National Spelling Bee’s biweekly newsletter for teachers and school spelling bee sponsors had over 20,000 subscribers, but the design and content needed updating. In addition to revamping the design and providing a fresh revision of all content, I migrated the newsletter to MailChimp to provide easier content management and reporting.